Missionary #6501 Prayer Letter: On the Move

On the Real-Estate Move

Over the course of the last quarter, we have been both incredibly stressed and extraordinarily blessed. A couple of Sundays in a row, every seat was filled in our little office-space auditorium. The search began for a larger facility. After looking at a variety of places, something opened up just one block from where we had been meeting. A contract was signed, and the move began. To call the new meeting place an upgrade is a huge understatement. The new building is well known, and the space housing both our congregation and our language-service company is really quite impressive.

As we found ourselves in the middle of that move, we were approached by a lawyer. The landlady of the home we had rented as our family residence for more than six years had passed away. The lawyer represented her daughter who had inherited the house and planned to sell it. They promised us that 90-days’ notice would be given us once the house sold and then had us sign a new rental contract. The rental contract, incidentally, said 60 days; they assured us that it was the standard contract, but they would give us more time. Then, just as we wrapped up the ministry move, we were told that the house had sold, and we had 30 days to be out. Two weeks later—to the day—they demanded we turn over the keys. It went from 90 to 60 to 30 to 14 almost overnight.

It is difficult for foreigners to find people willing to rent to them here. This predicament is exacerbated by the size of my family. By God’s grace, we were able to find a house, sign a contract, and move in over the course of two weeks. The new house is a downgrade, both in size and quality, while the rent is double what we were paying. We are, nonetheless, happily adjusting to a new community within close proximity to one of our other team families.

On the Cyber-Space Move

Thanks to the monumental efforts of our team members, progress continued to be realized on many fronts, even during this time of real-estate upheaval. Among many projects in the works, a few internet projects, with huge outreach potential, seem to be advancing the quickest. For Turkish-speaking people around the world, we now own and operate our own domain. From this site, Turkish people can now access the Gospel in their own language. They can also read and search a Turkish New Testament that is true to the Majority Text. Even more exciting, they can download the New Testament to their personal phones and devices absolutely free. People in countries where it is almost impossible to find a copy of the New Testament now have immediate and continuous access. We are also working to develop audio files for each chapter so those who prefer it can have the Scriptures read aloud for them.

For English-speaking people around the world, we are developing an Answers from Scripture site. God has already provided much of the recording equipment, and by the end of the year, we hope to be posting videos regularly, answering people’s questions about the Word of God. We also seek to establish a third domain that will provide Scriptures and Gospel presentations for the people of the world who speak Arabic, Farsi, and other common Middle Eastern languages. We cannot thank you enough for all your prayers and support. 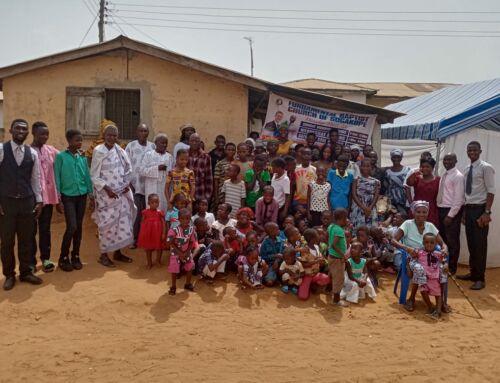