I guess you could say the theme around Anchor Baptist Church the last several weeks has been “To God be the glory! Great things He hath done!” We prayed, prepared, and passed out thousands and thousands of invitations for the 15th anniversary service. The service took place on June 12, and the Lord met with us in a mighty way!

The following are several items of praise:

Since Anniversary Sunday, we have seen several visitors return, as well as 10 more first- time visitors. On June 19, John (age 20) came forward asking to be baptized. I asked him about his salvation, only to find out that he did not have assurance of salvation. What a blessed prayer he prayed to the Lord to accept Him as Saviour! We then covered baptism, and John, along with three others, followed the Lord in believer’s baptism yesterday! John is from the Philippines, as well as Jinky. Shay was born in Yemen to parents from Somolia. Cameika was born in Jamaica. The Lord blessed us with an international baptismal service! Please pray as we seek to further disciple these converts. In fact, Jinky and Shay were two of the four who came forward for salvation on Anniversary Sunday!

We trust that each of you are looking forward to a summer of ministry for the Lord. Our sights are set on two weeks of camp in July and our VBS week August 8-12. I will also have the privilege of preaching to a group of teenagers July 4-6. Your continued prayers are both needed and appreciated. 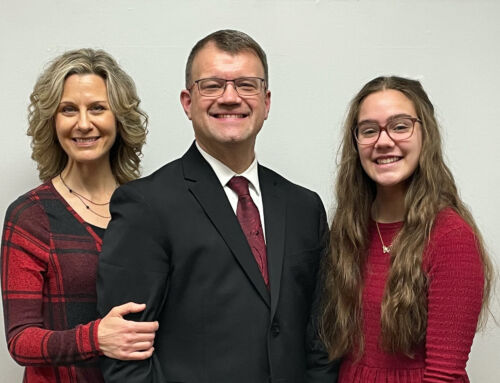 Ben and Becky Turner Prayer Letter: “Living by the WORD”

Ben and Becky Turner Prayer Letter: “Living by the WORD”